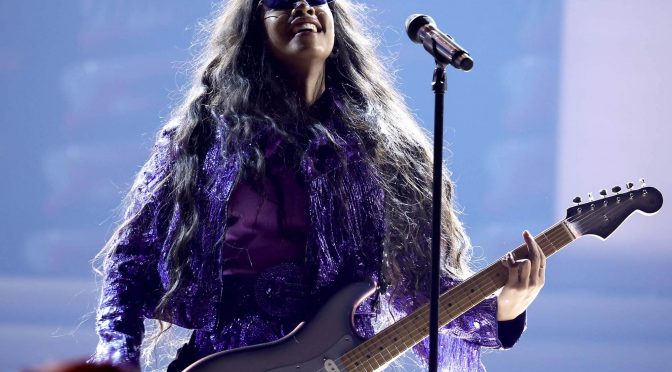 It is reported that R&B musician H.E.R. is bringing proceedings against her record label, MBK Entertainment for release from contract, citing California’s Seven-Year Statute, according to sources online.

READ MORE: Steve Jones addresses Sex Pistols biopic controversy: “It was very stressful, that court case. It was the last thing that I wanted”

The Blast reports that H.E.R. – known by birth as Gabriella Sarmiento Wilson – filed a lawsuit on 16 June, alleging that her agreement with MBK Entertainment bound her as an “exclusive employee” beyond the seven-year period allowed under California Labour Code Section 2855.

Wilson signed a recording agreement with MBK Entertainment in May 2011, when she was 14-years-old, and according to the artist, this should have expired in 2019.

“Wilson’s seven years have run,” said Wilson’s complaint (per Billboard) “MBK’s attempts to thwart this important and fundamental California public policy should not be condoned”

Being bound to MBK has caused Wilson to miss out on potential work, Allen Grodsky, the attorney representing her argues, “Wilson has not been free to provide her recording services except as permitted or dictated by MBK”

While Wilson is seeking a judicial declaration that the MBK agreement is not legally binding, she is additionally asking for reparations of funds for the work she could have done in the last three years, costs of the lawsuit, and “other and further relief” as determined by the court.

So far, Wilson has only released one studio album, Back of My Mind, which was released last year, as well as two compilation albums made up of material from prior EPs.

It has not been reported what work she claims to have missed out on due to MBK’s control over her career in the period since she claims it stopped being legally binding.

Wilson is not the first artist to sue their record label for allegedly violating the Seven-Year statute, following on from a long line of household names such as Courtney Love, Luther Vandross, and Metallica, who all took their labels to court.

The post H.E.R. is suing her record label for release from contract appeared first on Guitar.com | All Things Guitar.