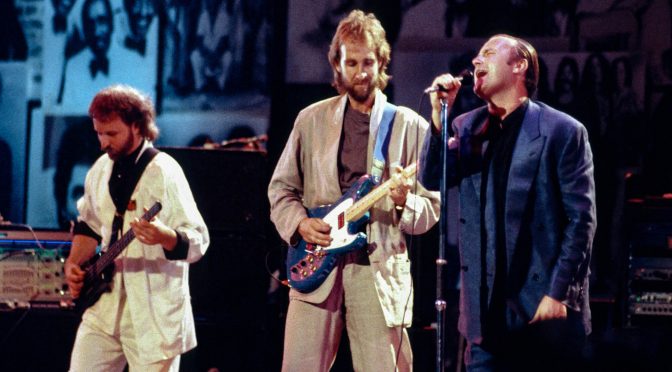 Genesis have sold their publishing rights and master recordings in a $300 million deal with Concord Music.

READ MORE: Victory teams up with Thorpy FX for line up of classic amp-inspired effects pedals

The deal gives the company ownership of the solo career catalogue of Phil Collins, Tony Banks and Mike Rutherford, as well as the music they recorded together as a band. However, the purchase doesn’t include music from their period with Peter Gabriel or his solo material (according to the Wall Street Journal.)

One of the biggest deals to date (or possibly THE biggest) is Springsteen’s, who sold his catalogue for a mighty $500 million to Sony.

Concord President Bob Valentine said the following on the company’s deal with Genesis: “In the world we live in today with Facebook, Instagram, TikTok, all these things that drive consumption of older music, there are definitely ways for us as a record company to bring some of this music back to life.”

Concord Music Group now reportedly owns select rights to Genesis songs including Invisible Touch, Land of Confusion, That’s All, In Too Deep, and Follow You, Follow Me.

The band embarked on a reunion tour back in 2021, The Last Domino tour, which saw the members perform together for the first time since 2007. Collins and Genesis bassist Stuermer both sold some of their used gear on Reverb back in 2020 to raise money for charity. Although they’ve been laying low in recent years, the sale of their publishing  rights may see a revival in some of their classics.