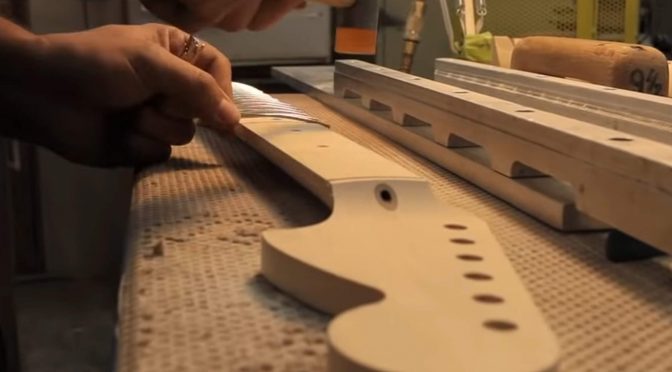 Fender has reportedly made over 300 employees at its California operation redundant, with the layoffs including everyone from production line workers to senior management positions.

According to YouTuber Dylan Mckerchie – AKA Dylan Talks Tone – a source stated that the workers making up the “entire afternoon shift” of Fender’s Corona, California factory were laid off, amounting to around 300 people – including the plant manager and assistant manager, and a number of the quality control team. This, Dylan states, reduces Fender’s production capacity by between 200-250 instruments a day.

Mckerchie states that the employees “Did not get some fluffy email or severance package” – for the most part receiving just a few days extra pay. The layoffs don’t seem to be limited to the factory floor, either, with Mckerchie  the vice president of design for EVH and Charvel has been let go, alongside Brian Swerdfeger. Swerdfeger was Fender’s vice president of research and design, and the spearheaded the design of the Acoustasonic range.

Additionally, several other former employees, with roles ranging from graphic designers, recruiters and communications managers, have taken to LinkedIn in recent days to share the news of their terminations.

“There are days that you always fear will come,” wrote one employee, “and today was mine. This morning I was laid off from my dream company, losing a team of remarkable people and a community I was honoured to be a part of.”

On the Fender website’s careers page, there are currently 19 operations jobs with roles open, 18 of which are in the Corona factory. In May, there were only seven. The newly-recruiting jobs include robotics engineers, quality assurance inspectors, production planners, maintenance mechanics and safety directors.

Fender told Guitar.com that it does not comment on employee matters.

Have you been affected by the recent layoffs at Fender? Get in touch at letters@guitar.com.