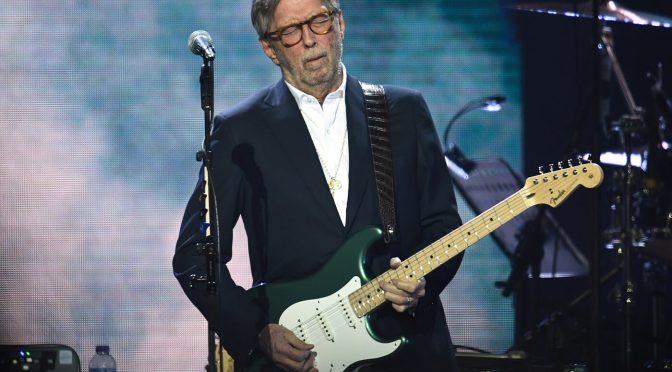 Eric Clapton has added to his criticism of COVID-19 vaccination policies with a pointed new song, This Has Gotta Stop.

READ MORE: Brian May rebukes Eric Clapton’s anti-vax stance: “He’s my hero, but he has very different views from me”

The song seemingly voices Clapton’s issues with health and safety measures that have been put in place to tackle the pandemic. Its lines include “when you started laying down the law, I can’t move my hands, I break out in sweat”, which may allude to the “severe reaction” he had experienced after receiving the AstraZeneca vaccine.

“My hands and feet were either frozen, numb or burning, and pretty much useless for two weeks,” he said at the time. “I feared I would never play again.”

Clapton previously appeared on Van Morrison’s anti-lockdown song, Stand And Deliver, which was released last December to support musicians hit by the pandemic.

“There are many of us who support Van and his endeavours to save live music; he is an inspiration,” Clapton said of the release at the time. “We must stand up and be counted because we need to find a way out of this mess. The alternative is not worth thinking about. Live music might never recover.”

In July, Clapton also declared his refusal to perform at venues where audiences are required to show proof of vaccination, saying he “will not perform on any stage where there is a discriminated audience present”.

The iconic guitarist is scheduled to perform eight dates across the US in September 2021. With the country’s coronavirus hospitalisations reaching an eight-month high in August, it’s unclear whether Clapton intends to follow through with his statement.