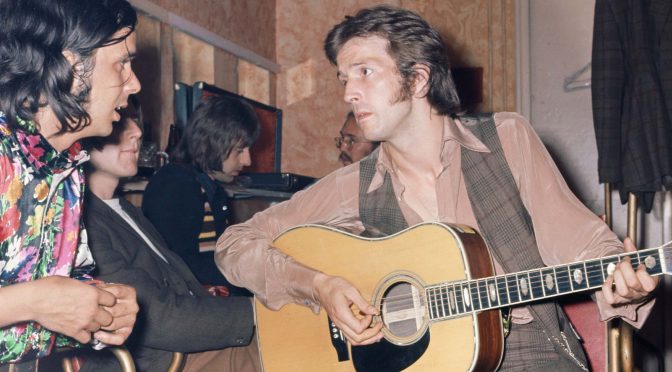 The guitar, originally expected to fetch between $300,000 to $500,000, was listed as part of Julien’s Auctions’ Icons & Idols: Rock ‘n’ Roll event last week (19 November) where guitars owned by the likes of Elvis Presley, David Gilmour and Amy Winehouse also sold.

According to Rolling Stone, the auction of rock artefacts raked a whopping $5 million in total. Clapton’s ’68 Martin also made it to the top 20 most expensive guitars sold, though it sits much lower than Kurt Cobain’s Martin D-18E (played on Nirvana’s MTV Unplugged concert) which sold for a record $6 million last year.

In recent news, Clapton has been making headlines for his anti-vaccination stance rather than his music, having participated in music projects with Van Morrison criticising lockdown rules and “refused” to play concerts where COVID-19 vaccination is required.

The likes of Brian May, Robert Cray and Sting have all expressed their disagreement with Clapton’s stance against COVID-19 vaccinations.

Most recently, Clapton sat for an interview with anti-vaccine advocate Robert F Kennedy Jr, where he claimed that the criticism he has received for spreading misinformation about vaccinations is an “affirmation” that he is “doing the right thing”.