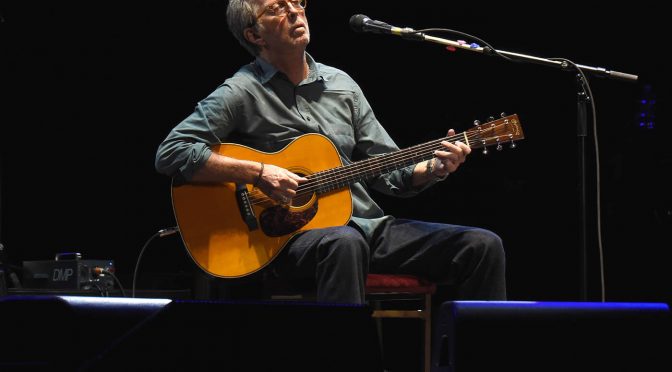 Eric Clapton has declared that he refuses to perform at venues that require audiences to show proof of COVID-19 vaccination.

The 76-year-old musician was responding to UK Prime Minister Boris Johnson, who earlier this week announced vaccine passports would be mandatory for entry into venues and nightclubs in the country.

Clapton issued his statement via the Telegram account of his friend, the film producer and architect Robin Monotti. It was accompanied by a link to Clapton and Van Morrison’s anti-lockdown song, Stand And Deliver.

“Following the PM’s announcement on Monday the 19th of July 2021 I feel honour bound to make an announcement of my own,” the statement read. “I wish to say that I will not perform on any stage where there is a discriminated audience present. Unless there is provision made for all people to attend, I reserve the right to cancel the show.”

Back in May, Monotti also shared to the same Telegram group a statement from Clapton, who described having “severe reactions” to the AstraZeneca vaccine.

“The reactions were disastrous,” Clapton said at the time. “My hands and feet were either frozen, numb or burning, and pretty much useless for two weeks. I feared I would never play again.”

Clapton is scheduled to perform eight dates across the US in September 2021. His next shows in the UK will be two nights at London’s Royal Albert Hall in May 2022.

The post Eric Clapton shuns vaccine requirements at concerts: “I will not perform where there is a discriminated audience present” appeared first on Guitar.com | All Things Guitar.

One thought on “Eric Clapton shuns vaccine requirements at concerts: “I will not perform where there is a discriminated audience present””