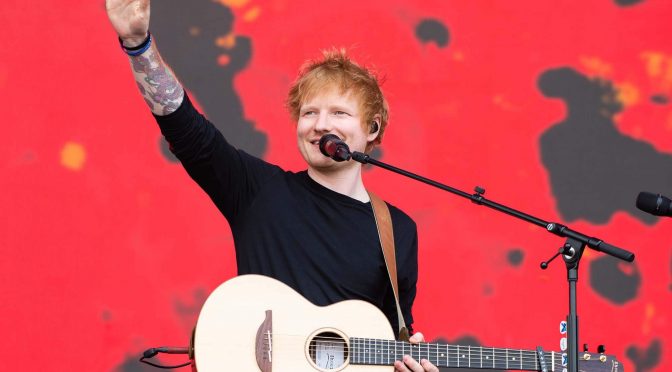 Ed Sheeran experienced a very relatable moment for gigging guitarist, albeit in front of 60,000 fans, when the battery in his acoustic guitar failed mid-performance last week.

Performing at Manchester’s Etihad Stadium, the musician’s Sheeran by Lowden acoustic suddenly stopped working only a few songs into his performance, which caused him to temporarily stop the show.

In a video posted to SWNS on YouTube, originally recorded by fan Sarah Thomason, you can see Sheeran performing on a rotating stage before suddenly pausing and calling out to his team for a replacement.

“My guitar keeps switching off or something. Can I get another guitar? Sorry guys I think the battery has gone.”

You can watch the full video below, which is a very painful reminder to always check your acoustic’s preamp battery before a gig:

Sheeran has been in the news quite frequently during the past few months due to his copyright case, in which Sami Chokri had claimed that the musician plagiarised his song Oh Why.

It was revealed that after Judge ruled that Ed Sheeran did not plagiarise Chokri’s song when writing Shape of You, Sheeran made the decision to film every recording session to prevent further copyright claims.

Speaking to the BBC, Sheeran spoke about the many number of plagiarism claims he has faced throughout his career, as song Photograph led him to pay a settlement of £15 million.

Sheeran is attempting to put an end to the continuous claims by taking action: “I just film everything, everything’s on film and we’ve had claims come through and we go, ‘well here’s the footage and you can watch and you’ll see that there’s nothing there’.”