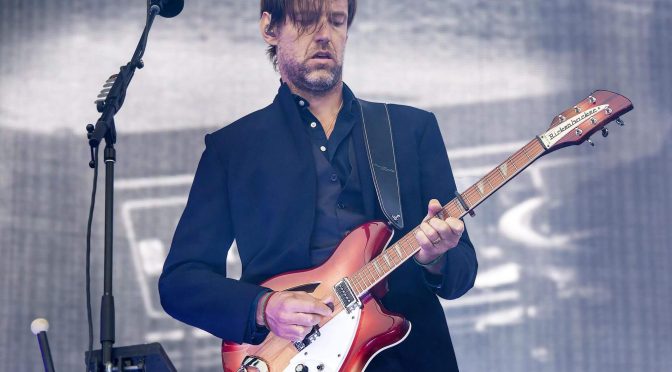 Only time will tell if Radiohead will get back together onstage or in the studio together again, according to guitarist Ed O’Brien, who recently shared that the band’s future is still up in the air.

Speaking to Shaun Keaveny on the 19 April episode of The Line-Up Podcast, O’Brien said that a Radiohead reunion “might happen, but the other thing is… it might not. And does that matter?”

The guitarist also confirmed that “there’s no Radiohead at the moment” and made sure to emphasise that he and his bandmates are “not going to be one of those bands that gets together for the big payday.”

“The thing with Radiohead [is] we could do something in a couple of years. We might not,” he continued. “But I think what it has to be, it has to be five people going, ‘I really want to do this again with you.’ And I think at the moment, because we’ve done it for so long, we’re all reaching out and having different experiences. And that should be allowed, and that should be encouraged.”

Though he is hopeful that the Radiohead jigsaw will fall into place to play music together in the future, O’Brien has also come to terms with the very real possibility that a reunion might not happen: “We love one another. We’re brothers. We probably will play together … It could be that it doesn’t happen. I’m sure it will do. I’m almost certain that it will do. But you’ve got to also be able to be fine with it not happening again.”

Founded in 1985, Radiohead is credited with over 30 million album sales worldwide, six Grammys and four Ivor Novello awards. The band — whose lineup has remained the same since their inception — were inducted into the Rock and Roll Hall of Fame in 2019.

The post Ed O’Brien on a possible Radiohead reunion: “We’re not going to be one of those bands that gets together for the big payday” appeared first on Guitar.com | All Things Guitar.