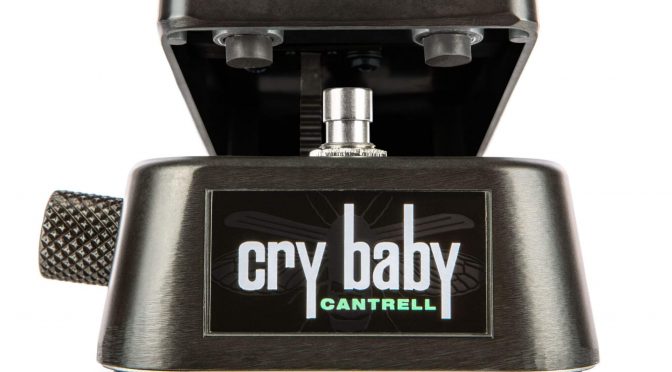 Dunlop has teamed up once again with Grunge icon Jerry Cantrell for a refreshed take on his signature wah pedal. This time, the unit comes inspired by the motifs explored in his most recent solo album, Brighten.

Announced yesterday (22 November), the signature model has undergone a facelift, now sporting a distinct new look that comes to life when used in the dark.

Named the Firefly, this special edition of the original model now comes sporting a range of glow-in-the-dark details, something said by the brand to reflect Cantrell’s exploration of dark and light in his latest album.

The unit comes with a gritty subdued raw iron finish and incorporates glow-in-the-dark features on the tread, front badge and bottom plate. Here, the tread boldly shows both the artist’s initials and the bee artwork used on the cover of the 2021 album, while the bottom of the pedal showcases lyrics to the self-titled track.

Sonically, the latest edition of the pedal remains the same as the discontinued original signature model – the JC95 – which was released in 2010.

The wah features a custom-voiced, tight and impactful tone and a side-control knob that allows for fine-tuning the toe-down frequency.

This isn’t the first time that Cantrell has rebranded his signature wah in light of a new release. Back in 2019, the original pedal was first given an aesthetic makeover to celebrate the release of Alice In Chains’ sixth studio album, Rainier Fog.

Limited to just 500 units, the Rainier Fog edition paid homage to the band’s Seattle roots, and incorporated both a distressed look to mirror the theme of the album and a custom treadle design based on the guitarist’s tribal orca tattoo.

The Jerry Cantrell Cry Baby Firefly Wah is available now for $200 from retailers worldwide. Find out more about the pedal on Jim Dunlop’s website.