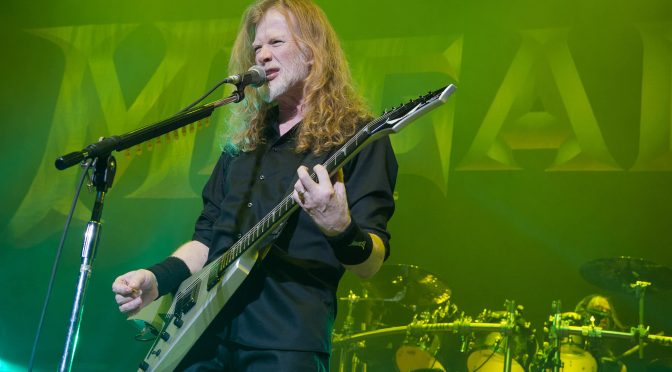 Dave Mustaine has suggested that Lars Ulrich was the architect behind the iconic intro riff for Metallica’s Master of Puppets.

In an interview with Songfacts, Mustaine was discussing his time with Metallica and his recent public statements on wanting to write music with James Hetfield again when he revealed what sounds to be an unknown origin story behind Master of Puppets.

“Lars is a really great song arranger. And believe it or not, I watched him on a piece-of-shit acoustic guitar write the opening riff to Ride The Lightning,” Mustaine said, before humming the riff. “You know what that was? It was a guy with a guitar that doesn’t know how to play,” continued. “It wasn’t anything really mind-blowing by any means. The way James played it made it mind-blowing.”

Interviewer Greg Prato realised that the tune Mustaine hummed was not that of Ride The Lightning, pointing out to the guitarist that the tune instead sounded a lot like Master of Puppets. Mustaine responded, “Yeah, whatever that is. I don’t fuckin’ know their song names. I don’t listen to them.”

Mustaine recently addressed the possibility of working together with Hetfield again, saying that while the two have had discussions, a rift over earnings from old material became an issue preventing the collaboration from moving forward. Speaking to Guitar.com, Mustaine said, “Something had come up about the publishing discrepancy that we have been arguing about for years and years and years, and I told James, ‘I’ll do it but we’ve got to get this stuff sorted out first. And he said, ‘Oh yeah, sure.’

“So I said, ‘Now these two songs you and me split, 50/50. Lars didn’t write on this song – you know that. I don’t know why you gave him percentages but I’m not. I’m not going to sign another deal that’s gonna confirm that because I never agreed to that.”