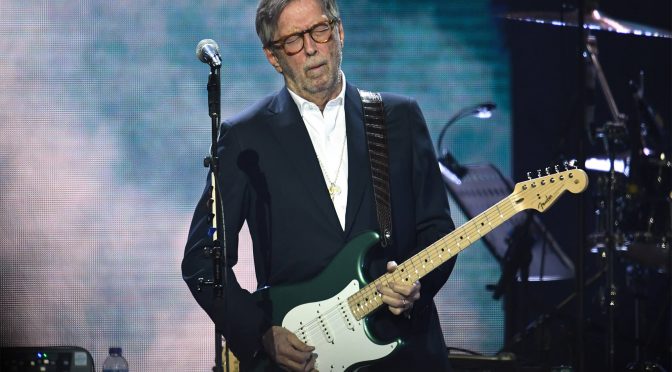 CNN Tonight has taken a jab at Donald Trump’s vague “ERIC” endorsement in the Missouri GOP Senate primary, asking if the former President was perhaps referring to Eric Clapton in his statement.

The night before polling opened on Tuesday, Trump announced his long-awaited endorsement in a statement saying: “There is a BIG Election in the Great State of Missouri, and we must send a MAGA Champion and True Warrior to the U.S. Senate, someone who will fight for Border Security, Election Integrity, our Military and Great Veterans, together with having a powerful toughness on Crime and the Border.”

“I trust the Great People of Missouri, on this one, to make up their own minds, much as they did when they gave me landslide victories in the 2016 and 2020 Elections, and I am therefore proud to announce that ERIC has my Complete and Total Endorsement!”

Given that the name Eric is shared by two rival candidates — Eric Schmitt and Eric Greitens, the former president has indeed left it up to voters to “make up their own minds”.

A CNN panel moderated by host Laura Coates proceeded to poke fun at Trump’s ambiguous statement, with a graphic titled “TOO MANY ERICS”.

Coates then went on to take a jab at the former president, saying to CNN senior political analyst Ron Brownstein, “I have a very serious question for you. I want to know which Eric do we think he was endorsing. I think these are the different people who it possibly could be and I’m wondering which of these people do you think. It must be – is it Eric Holder? Is it Eric Cartman? It could be any one of them – Clapton?”