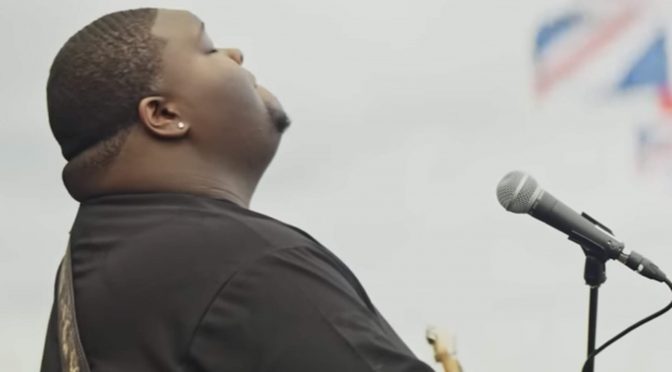 Watch 23-year-old guitarist Christone “Kingfish” Ingram as he delivers an epic cover of Jimi Hendrix’s blues classic Red House on the roof of the rocker’s last-known place of residence.

Filmed in June this year, and shared by Guitar World on YouTube, the performance commemorates Hendrix’s second Blue Plaque — a sign awarded by the English Heritage, adorning buildings where notable historical figures once lived. Hendrix’s first was erected in 1997 at his 1968-69 residence in Brook Street, Mayfair, London.

Born in the US, Hendrix moved to London in September 1966 after his talents were discovered by the British musician Chas Chandler. By October, the Jimi Hendrix Experience was formed with Noel Redding on bass and Mitch Mitchell on drums.

“When I saw Jimi we knew he was going to be trouble,” Jeff Beck once said of the rockstar. “And by ‘we’ I mean me and Eric [Clapton], because Jimmy [Page] wasn’t in the frame at that point. I saw him at one of his earliest performances in Britain, and it was quite devastating.”

“He did all the dirty tricks – setting fire to his guitar, doing swoops up and down his neck, all the great showmanship to put the final nail in our coffin. I had the same temperament as Hendrix in terms of ‘I’ll kill you’, but he did in such a good package with beautiful songs.”

The band would go on to release their critically acclaimed debut single, Hey Joe, in December 1966.

At just 23 years of age, Kingfish is one of the rising stars of blues guitar. His album 662 won the Grammy Award for Best Contemporary Blues Album earlier this year.