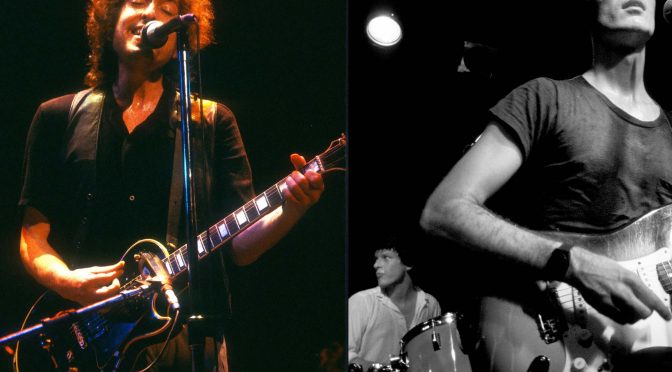 Chris Frántz of The Talking Heads has told Bob Dylan to “suck a dick” after the musician made a supposed snub comment towards the band.

Frántz took to Twitter to express his admiration for Bob Dylan’s new book, The Philosophy of Modern Song, but notes that he has “one little bone to pick with the author” when he wrote that “Elvis Costello and the Attractions were a better band than any of their contemporaries. Light years better.

“I’d like to say to Bob something he once said to a buddy of mine. ‘Suck a dick.’”

You can read the tweets below:

I love Bob Dylan’s new book The Philosophy Of Modern Song but I have one little bone to pick with the author when he writes “Elvis Costello and the Attractions were a better band than any of their contemporaries. Light years better.” Pt1.

Pt2. With all due respect to the Attractions and to drummer Pete Thomas in particular, I’d like to say to Bob something he once said to a buddy of mine. “Suck a dick.”

Bob Dylan is yet to respond to the lewd comment.

Rolling Stone however, claims that Dylan could still be a Talking Heads fan, referring to his attendance at their gig in St. Paul, Minnesota, in the Eighties, before the band was invited to his house afterward for a party.

In more Bob Dylan news, the next instalment of The Bootleg Series, named Fragments, is set for release on January 27, celebrating the 25th anniversary of his 1997 record Time Out of Mind.

Fragments – Time Out of Mind Sessions (1996-1997): The Bootleg Series Vol.17 will be available as both a five CD or ten LP set, also including a freshly remixed version of the 1997 LP, which earned Dylan his first solo Album of the Year at the Grammy Awards in 1998.

The release will also include outtakes, unreleased songs, alternative versions of well-known tracks, and a selection of live recordings from the late nineties.