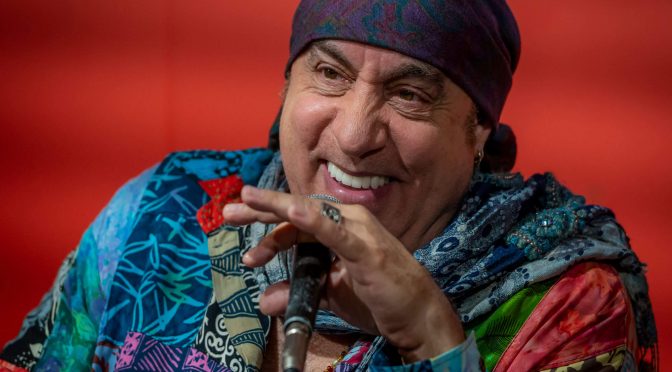 Steven Van Zandt, guitarist for Bruce Springsteen’s E Street Band, has recently revealed he was addicted to threesomes during the 1970s in his new memoir.

The memoir, titled Unrequited Infatuation, explores Van Zandt’s time with a then-unknown Springsteen during his early career, right through to his most recent work. In the book he writes that he loved threesomes so much at the time that he “developed a temporary addiction to ménages à trois.”

In an interview with Page Six, Van Zandt noted that “It was a real, sexually liberated time” adding, “The ’70s, there’s never been anything quite like it, honestly. It was just a wild, wild time, and women were truly, truly liberated there for a minute. I mean, it was a really wonderful time to be alive. So, you know, ménages à trois [were] not that unusual.”

It was falling in love with his wife Maureen that allegedly led to the guitarist applying the brakes – the two married in 1982 in a ceremony that was officiated by Little Richard and with Springsteen as best man.

Van Zandt starred in The Sopranos as Silvio Dante and released work as a solo artist and with his own band, Little Steven and The Disciples of Soul.

Springsteen has recently released another live album, The Live Series: Songs Of Location and is due to tour next year. It was reported that he was the highest paid musician of 2021, earning almost $600 million which is likely down to the sale of his catalogue of music to Sony, his podcast with Barack Obama and continued touring.

You can get tickets to see Bruce Springsteen at his upcoming 2023 shows here.

The post Bruce Springsteen’s guitarist Steven Van Zandt reveals he had a “temporary addiction” to threesomes appeared first on Guitar.com | All Things Guitar.