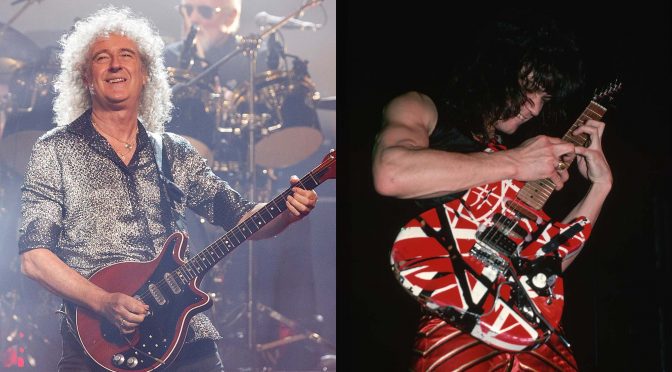 Queen’s Brian May has stated that the revamped Star Fleet box set that is set for release in the next six months, revives “one of the greatest things” Eddie Van Halen ever did.

READ MORE: Music industry reported to be less diverse than 2020

In an interview in Variety, the Queen guitarist explained that he is currently working on the Star Fleet box set, which is number three in the Brian May Gold Series. This follows on from Back To The Light and the Another World box sets.

This is referring to the 1983 science fiction puppet series Star Fleet which May developed a solo project around. The project also featured Eddie Van Halen on guitar, REO Speedwagon drummer Alan Gratzer, bassist Phil Chen and Fred Mandel on keys.

However, since embarking on a revival of the initial project, May has taken the opportunity to improve a lot of the original mixes.

“I was never fond of the original mix of Star Fleet, the single, so we cleaned that up. Now, EVH’s sound is larger than life. You’ll hear the development of Eddie’s solo, which I always thought was one of the greatest things he did… a real immortal classic of Ed Van Halen pieces,” says May. “And, even more than The Miracle, we are going to give you everything. Every take of every song. The things gone wrong, the laughing, the finding new things to do.”

In the interview, May continues by explaining how revisiting this project has made him reflect on the legacy that EVH has left behind.

“He should still be with us. Listening to him and me, I felt completely outclassed by him in the studio. But in a very pleasant way – what joy for me to be around a guy who could do all that. Such a privilege.”

There is no confirmation as to when the newest addition to the Brian May Gold Series will be released, but May has stated that we should expect it the next six months.