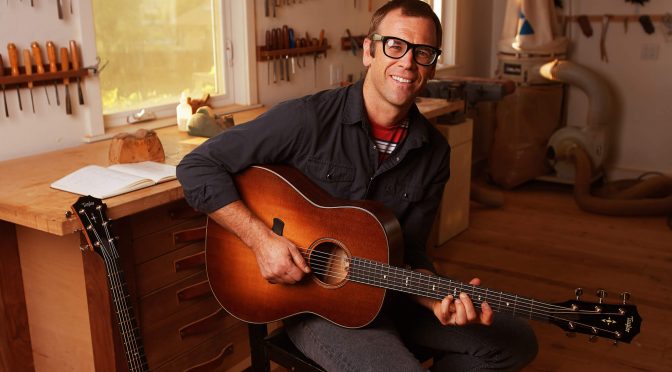 READ MORE: Taylor Made: Andy Powers on designing guitars for the next generation

Taylor co-founders Bob Taylor and Kurt Listug, who had served as (President and CEO respectively, will step back in their roles at Taylor Guitars. They are not retiring, and will serve as senior advisors and co-chairmen of the Taylor Guitars board, established as part of the company’s transition to 100 per cent employee ownership.

Announcing the change to Taylor’s employers, Kust Listug said: “When Bob and I started thinking about our succession many years ago, Bob was very clear that we needed a guitar maker at the helm of the company. He was adamant he didn’t want to leave the leadership of the company in the hands of people who didn’t know how to design and make guitars.”

“It’s been amazing — but not surprising — to see how the guitar world has embraced Andy as a guitar designer,” Bob Taylor said, adding: “People love the guitars he’s putting out into the world… Andy has the vision and the talent to continue to take guitar making forward at Taylor. He’s vital to the company’s future.”

Across his time at the company, Powers has been behind a number of notable Taylor designs, such as its V-Class bracing architecture, new body styles such as the Grand Pacific and Grand Theater, and the Builder’s Edition collection.

Powers himself added: “It’s an honour to step into this new role. It’s been a real thrill to be part of this amazing company, now fully employee-owned, and continue advancing according to our original purpose – which is building great guitars, putting them into the hands of musicians and offering something of value to them.”

Find out more over at taylorguitars.com.