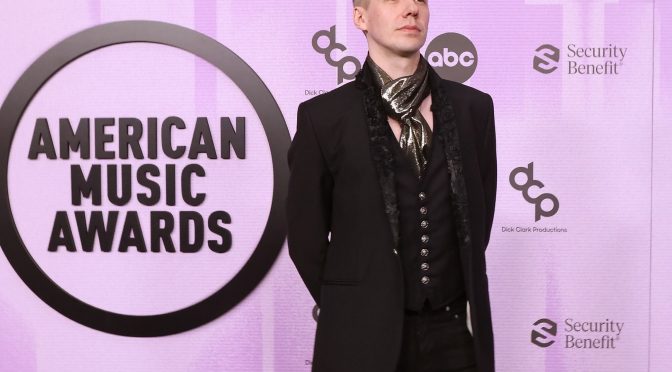 Ghost took home the inaugural Favourite Rock Album prize at the recent American Music Awards ceremony, but according to some fans, the award show used the wrong picture of the band in its seating plan.

While the viral moment where a photographer referred to Ghost frontman Tobias Forge as “Mr. Ghost” went viral on Twitter following the broadcast of the ceremony on November 20, eagle-eyed fans on Reddit have spotted what they believe to be a lack of awareness of the award winners from the AMAs.

Seating photos spotted on celebrity news blog Just Jared revealed that the photo used to reserve Ghost’s seats was actually a press photo of Los Angeles rockers Love Ghost, causing some members to lament a lack of appreciation for the eclectic act. One incensed user wrote, “They didn’t get the best and the brightest for the AMAs, did they?”

They continued, “I think it’s pretty fucking disrespectful reporters didn’t bother to learn the artist name (Mr Ghost!), then get the picture of Ghost so wrong, when imagery is such a huge part of the music. He won his category and they didn’t get anything right. Do better, dumb asses.”

The post also noted that Ghost’s win was also untelevised.

Ghost won an ama! It’s too bad that their award wasn’t televised, ghost has seats at the amas so they, or at least Tobias, should be there. They got the photo on their seating at the amas wrong though, the photo used was from a band called love ghost from Ghostbc

Forge and guest guitarist Fredrik Åkesson of prog titans Opeth sat down with Guitar.com earlier this year to discuss Ghost’s recently released fifth album Impera, where Forge discussed his famously meticulous approach to making music and how it shaped their collaborations. “When I ask someone to come in, it’s not like, ‘Here are the songs; please interpret them and add your flavour’,” Forge explained.

“When you’re working with me, I’m going to be very, very, very specific and very, very picky. We went through a bit of a phase where I was trying Fredrik out, just to see how well he could adapt. He was given a ton of demos and those demos already had four layers of guitar. I’m pretty steady when it comes to playing rhythm together with drums and bass but my licks are not what they could be; I don’t practise enough. Fredrik practised for five hours every day.”

The post American Music Awards apparently used the wrong picture of Ghost in its seating plan appeared first on Guitar.com | All Things Guitar.